The true cost of a Capital Gains Tax 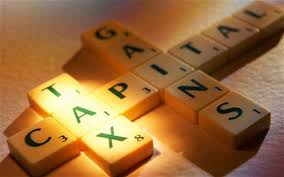 The Right Honourable Sir Dr Michael Cullen has sprung back onto centre stage. He seems to be enjoying the role and has a new toy called Capital Gains Tax. While Government appointed Working Group’s term normally dissolved at the conclusion of the final report, our Right Honourable Sir Dr Michael Cullen seems to have a second bite at the cherry thanks to our Labour-led coalition government in using him as a scapegoat to fence off many intelligent critics and the naïveness of politicians in proposing it in the first place at the expense of taxpayers.

The capital gains tax recommended would cover assets such as land, shares, investment properties, business assets and intellectual property. Any gains on the sale of these assets would be added to the seller’s overall yearly income and be taxed normally at the realisation.

Other assets, such as the family home, cars, boats and art, would be exempt from a CGT.

However, pages 12-14 of Volume II of the Working Group final report proposes that owner-occupied homes will, in part, be subject to CGT if the homeowner earns income from boarders or flatmates, Airbnb-type accommodation, or where there are an attached or granny flat, home office or home business premises. This has not received a lot of publicity.

To avoid the CGT, the alternative offered is that such homeowners give up the expenditure deductions currently available to them. New Zealand is a country of small and medium enterprises (SMEs) where a lot SMEs claim home office expenditure in their self-employed business, this CGT proposal will affect these SMEs tremendously. Either way, they will get pinged by the taxman!

If the Working Group’s proposal becomes law, people who use part of their property to earn income, while also living in it, have two options:

The section of the report gives examples of people in different circumstances.

One can understand why the Working Group has included this in its proposals if other business assets are subject to a CGT, it is not really fair to exclude an asset just because it is used partly as a home. If gains on the whole home were taxed, that would be unfair. But it will be just the portion used for business.

Nonetheless, this does make the system more complex. Many people who currently have flatmates, a home office or similar, will have to choose between deductions plus CGT, or neither. That choice might depend on comparing their current financial situation with how well off they expect to be in the future — a tricky prediction.

That means they have $66,000 less to buy a new place. If they haven’t got other money, they may have to move to a smaller or less appealing property.

The worst thing about it, apart from the introduction of the tax at all, is the fact that virtually everyone will pay the tax at the top rate of 33%, whereas most countries have lower rates applying to CGT. If in a subsequent budget, the government then increases the top tax rate – quite possible, it has already been suggested – then CGT will apply at that rate too. Very soon, you might find yourself paying 39% of your hard-earned capital gains to the government. Just think about that for a minute.

On the bright side, many Kiwis have enjoyed a growth in capital gains over the last twenty years off the back of an increase in the value of their houses, but Cullen et cetera have made it clear that there will be no tax on this unearned windfall.

Instead, there is a desire to tax the growth in capital gains on all other capital assets, including shares, investment properties and Bitcoin.

Any intelligent men and women on earth will tell you that there are a lot of problems with a Capital Gains Tax regime affecting the whole range of activities in commerce with a vested interest in them and the compliance costs associated with it. This may the reason we do not have it in the first place.

An obvious one is that the increase in asset prices over the last few years has been driven by record low-interest rates that have driven capital away from cash and towards assets. There is a direct relationship between the level of the OCR and asset prices.

While a few millionaires inherit their wealth, the wealthiest people tend to be self-made. If Parliament wanted to punish people for inheriting wealth, they can always introduce a Death or Inheritance Tax, which Dr Cullen’s group specifically asked not to consider.

Consequently, most Kiwis with wealth made it themselves and, as the fourth law of entropy makes clear;

“Children who inherit vast wealth squander it and die penniless.”

In order to acquire capital, you must first earn money, which is taxed. An income of says $100,000 nets only $76,080 in your hands. From this, the taxpayers must pay rent, food and their Netflix subscription et cetera. What’s left is their savings from which they can then buy assets.

However, the lucky taxpayer owners will find that the bank pays them nickels on the pound, thanks to the Reserve Bank keeping bank interest rates low. So, they are going to look for an asset with a better return, but sadly so is everyone else, so these assets become expensive and, in effect, return a very low yield as a result. (see Diagram A)

It is important to remember that returns from capital assets are taxed. A perfect example is rental income. If your property returns $50,000 per annum, the IRD will take a third, more if GST is considered. This means an investor looking at your asset will value it as an asset returning say $35,000, which means the value of capital assets in New Zealand are a full third below what they would otherwise be if it wasn’t for the tax on incomes derived from capital.

So, in order to obtain an asset paying a return, our Kiwi Investor must save from the post-tax portion of their income they can afford and buy an asset at inflated prices with low returns.

If, after all this, they manage to increase the value of this asset, the Crown now is looking to take a huge percentage of this return which is not in line and way out-of-sync with normal business returns. Is this fair? Will the gains allowed for inflation? These are some questions hanging in people’s mind until our government makes up its decision on what to do with this CGT demon.

Given this environment and the increase in the compliance costs in the Residential Tenancies Act 1986, many Kiwis throw in the towel and spend their disposal incomes on smashed avocado. This isn’t irrational.

Everyone is asking the same question; “Why save for tomorrow when

a) You might not live until tomorrow;
b) The returns on forgone consumption are low;
c) The state promises to look after you;
d) You don’t want to leave anything to your kids?

Unsurprisingly then, New Zealand has a problem with retirement savings, which the government seeks to correct with KiwiSaver. In full circle, this CGT proposal is shooting itself in the foot exercise.

Readers of a certain vintage may remember Reagan-era economist Alfred Laffer, who gave his name to the Laffer curve, the idea that increasing the rate you taxed someone caused them to work less. A zero rate of tax would raise no revenue and at the other extreme if you taxed all of someone’s income no one would work and thus no tax would be collected. There is an optimal rate of tax; if it were increased or decreased, total tax revenue would fall.

Our Prime Minister proclaimed that the proposed CGT is a fair and equitable thing to do, but this is silo thinking without considering the complexity on how aspects of the economy work and the effects on each of them, not considering the third dimension on the irrational and unpredictable aspects of human behaviours!

Despite what the government or other commentators may claim, a Capital Gains Tax will reduce savings even further and could push up average rent for the Joe public, reduce the capital accumulation and increase the reliance on the state.

It is a bad idea whose time has come. However, with the government determination, make no mistake about it and expect it to become a watered-down law with more exemptions after submissions from various interest groups that we believe will defeat the whole purpose of the proposed universal CGT regime like our world-renowned GST (Goods and Services Tax) regime.

However, at the end of the day, the government is the biggest loser and it is Mum and Dad property investors who bear the brunt of the silly compliance costs imposed on them in this proposed Capital Gains Tax game.

So far people seem to focus and talk about the effect of CGT on investment properties only as the above example illustrated. However, there are other asset classes that the proposed CGT regime opens up the Pandora box on land (especially on farmlands and Maori lands), shares (unlisted), business assets and intellectual property where our precious resources are diverted into making submissions from various interest groups and seeking exemptions from the government rather than growing the economy. The financial costs and the leakage to the economy are enormous with marginal benefits at best!

One has to wonder why to bother with it! KISS! 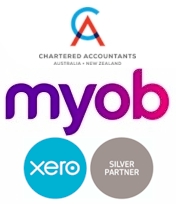 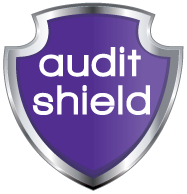 Pay our invoice online via internet banking or credit card. Click here to get started.